OUR ADVENTURES | A YEAR OF NATIONAL TRUST 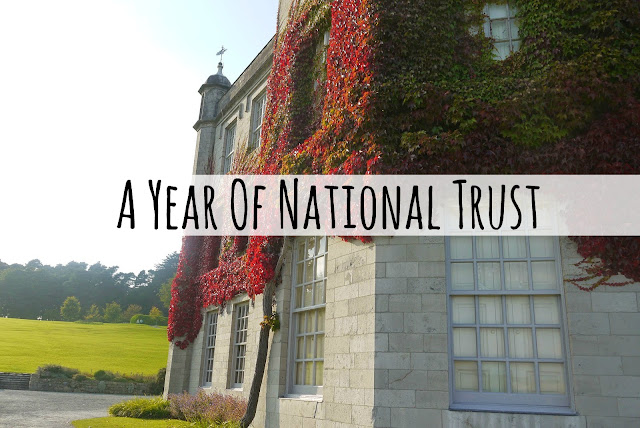 I've been a member of the National Trust for just over a year now. Whilst on a trip up to Scotland last August, we went to visit Threave Gardens. My Mum treated me by signing me up for a membership, They had a great deal on at the time - £18 for the whole year for an under 25's membership. Unfortunately our visit to the gardens didn't last long, it started raining not long after we arrived, but we enjoyed a tasty lunch in the cafe.


I've definitely made the most of my membership over the year. Particularly over the summer months, most weeks we visited a NT site, the outdoors are great for Osian to be able to walk about without the danger of nearby roads. I now wonder what we'd do without a membership. 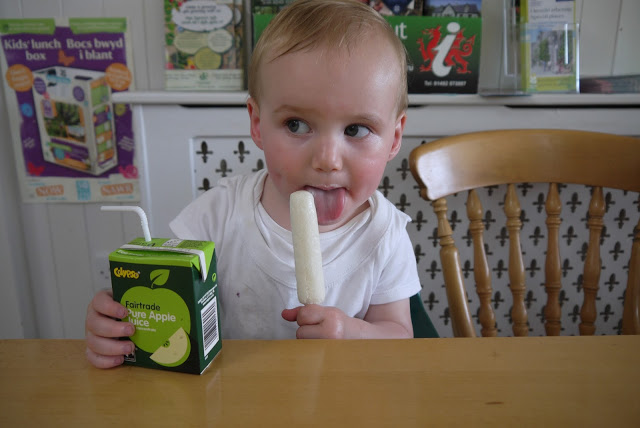 Is a beautiful garden, situated in the Conwy Valley. The garden's huge, it's spread across a hill, and goes all the way down to a river at the bottom of the hill. They've recently expended the gardens, and opened up a whole new walk down by the water. The entrance to the garden is at the top of the hill, and nearby there's a beautiful Laburnum Arch, which is at it's best at the start of summer. There are numerous different paths and routes, allowing you to see different plants and views depending on which one you take.
Even though Bodnant Garden's fairly local to us, we've only been the once this year. When Osian and I went, it was a really hot day, a little too hot for walking about. So we only had a little walk around, and then spent the rest of our trip cooling down with an ice cream in the cafe. 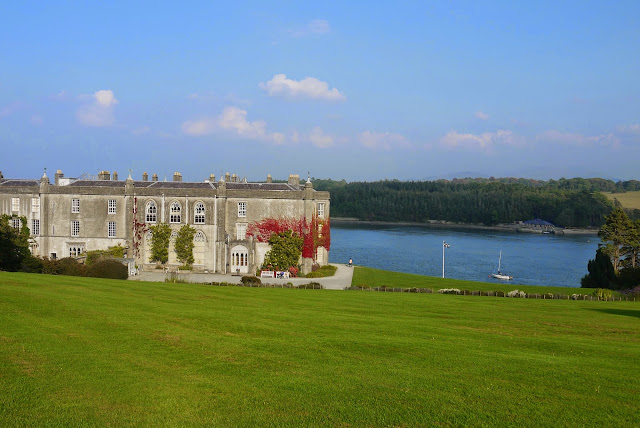 We've been to Plas Newydd quite a few times this year, our first visit being last September.  Plas Newydd's house and gardens are found on Anglesey. The beautiful house, sits right next to the Menai Straits. I particularly like the house in the Autumn months when the ivy's turned red, it's very picturesque. The interior of the house show how Lord and Lady Anglesey would have lived in the 30s. The lovely garden, includes a forest walk which leads to a pretty cool adventure playground. Even though I've only had my own membership for just over a year, my parents used to take me to National Trust sites a lot when I was younger. I remember going to the adventure playground when I was younger, and feeling proud of myself when I managed to complete the monkey bars. They also have another playground before the entrance next to the tea room (which I recently discovered serve a very tasty Sunday lunch). 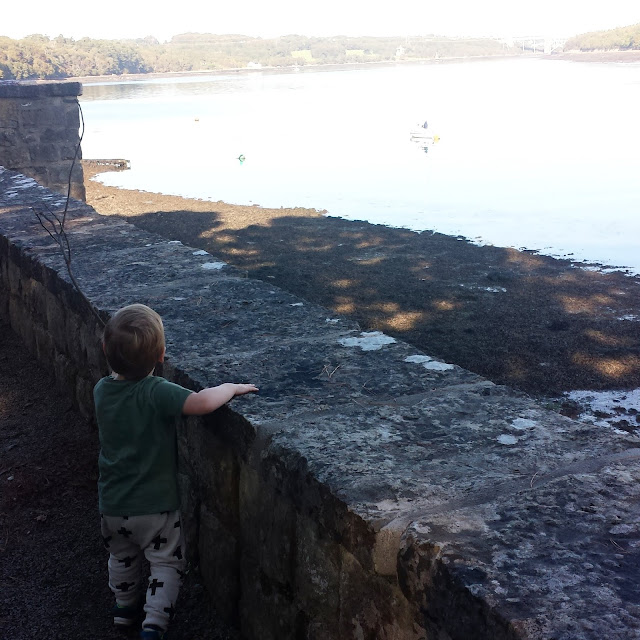 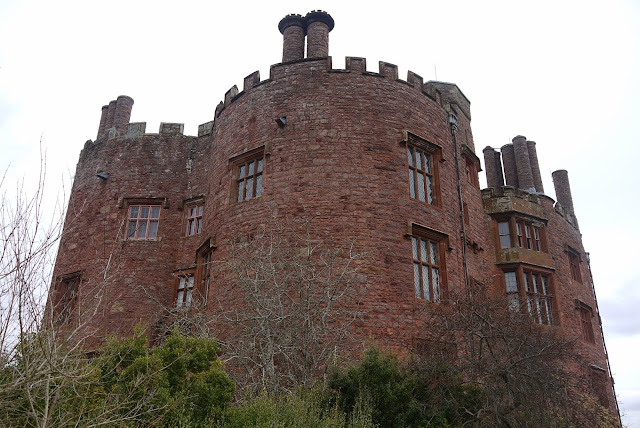 In April we stayed in Shrewsbury for a few days. One day we visited Powis Castle. I really love the look of this castle, it's so different to any of the castles around here. We made our way around the castle quite quickly, but I do remember they had an impressive collection of Caesar statues. Near the restaurant, there was a exhibition all about Clive of India called The Clive Museum, I found the collection and information really interesting, I previously hadn't heard of him before. There were lots of peacocks and peahens about, and the peacock kept spreading his feathers, was great to see. We didn't have time to go around most of the gardens, but we did find a big open space that Osian had a great time wondering about. 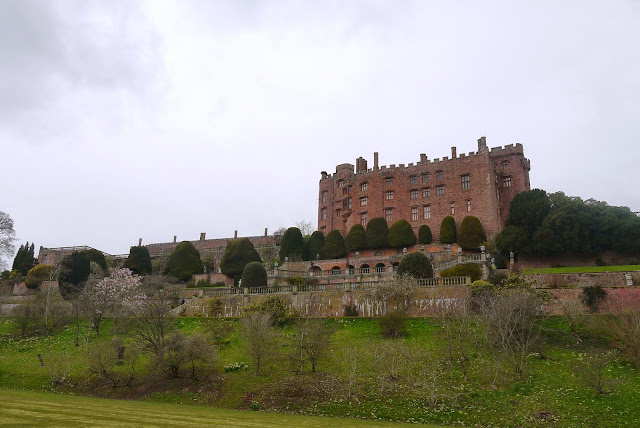 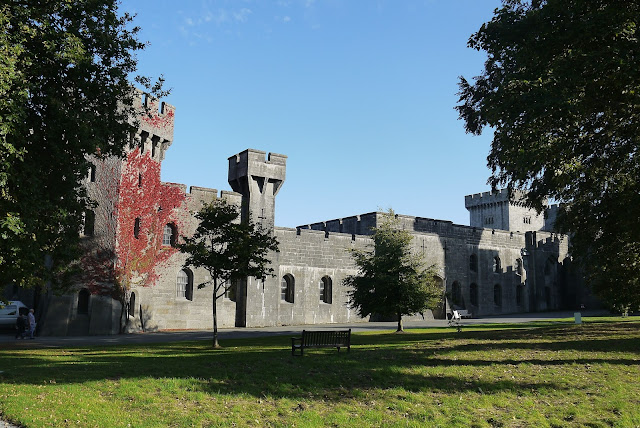 Penrhyn Castle's our most visited site, we've been so many times over the year. The castle was owned by Lord Penrhyn, who also owned a nearby slate quarry. There are so many different rooms inside the castle. My favourite being the nursery, I just love looking at the old toys. I also particularly like a stained glass window that shows all the different star signs, I'm not sure why I like it so much, it just really caught my eye. One of the bedroom's holds a huge slate bed that was made especially for Queen Victoria's visit, but she wouldn't sleep in at, as it reminded her of a grave. Penrhyn Castle is home to one of Osian's favourite place - The Railway Museum. The railway museum is a big room, filled with huge old steam trains. Osian never grows tired of going to visit the 'choo choos'. The museum has a lot of information on the walls, which I think is about the trains, but I've never had the chance to read. Next door is a smaller room, filled with lots of train figures, and old posters advertising the train line services. The coffee shop near the museum, as a table full or wooden trains and tracks for children to play with. It's often allowed me to have a peaceful cup of tea, as Osian can spend ages playing with the toys. The grounds are very big, and include lots of different walks, a beautiful walled garden and adventure playground. The walled garden has two ponds, and at certain times of the year are filled with tadpoles. 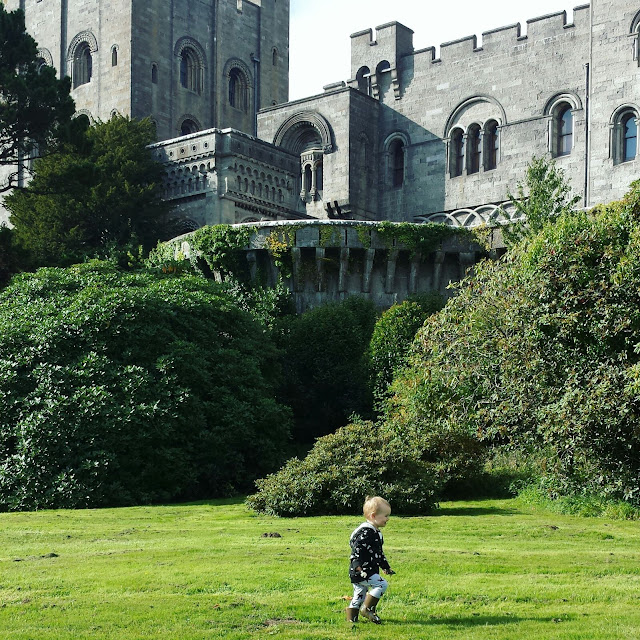 That concludes our year of adventures to National Trust sites. I'm hoping to visit a few more over the next year, particularly next summer. Do you have any recommendations as to where we can go for our next adventure?