Osian's always been a big animal fan. He's loved having animal stories for a very long time, and has enjoyed playing with animal figures. I thought he'd love to see them up close, but when he was old enough to notice them, he got quite scared if he was too close to them. So he loved watching them from afar. Recently, Osian's being going very close to animals and saying 'hello', and loves being up close to them.

A couple of weeks ago we found a little mole on a footpath, and it took him a few moments as he was a little frightened at first, and I thought I'd have to carry him past, but he quickly came around and really enjoyed looking at the mole. We've been to the farm a couple of times recently, and he now goes right up to the fence, whereas six months ago we'd have to stand quite a bit away from it.

On Saturday, we went over to Manchester with my Mum and sister, to visit my aunt and uncle. We all went to Heaton Park. The playground was a great size for Osian, he could go on quite a few different things, whereas the parks near us are mostly full of things that are too big for him at the moment. After he'd had a little play, we headed to the farm that's situated in the park. Osian really enjoyed himself, he particularly liked the pigs. He was running after them shouting 'stop' if they walked away from where he was standing.

I think we could have easily spent the day in Heaton Park, there seemed to be so much to do, but we only had time for a couple of hours there. Osian really liked the look of the land train, which we saw on the way back to the park. 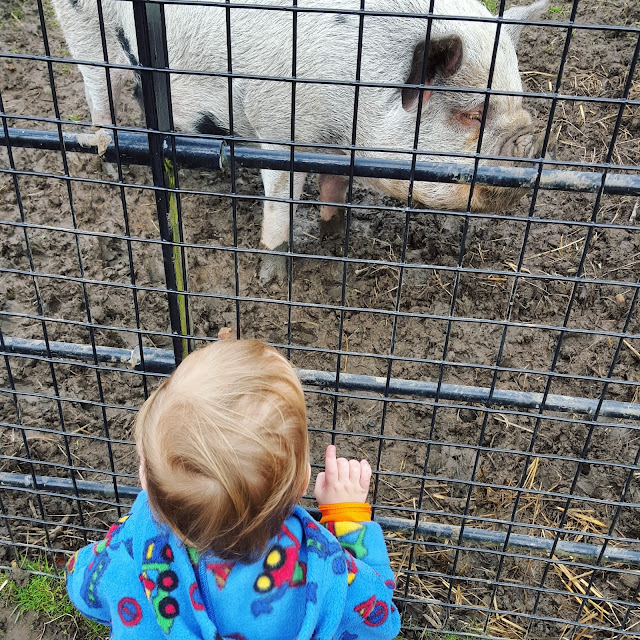