Worn by Osian - The Birthday Edition

Last weekend my Dad took some birthday photos of Osian. The photo's are of a similar style to the one's we did for last years cake smash, but this year's photos include a cake being eaten nicely, one that didn't get smashed up! 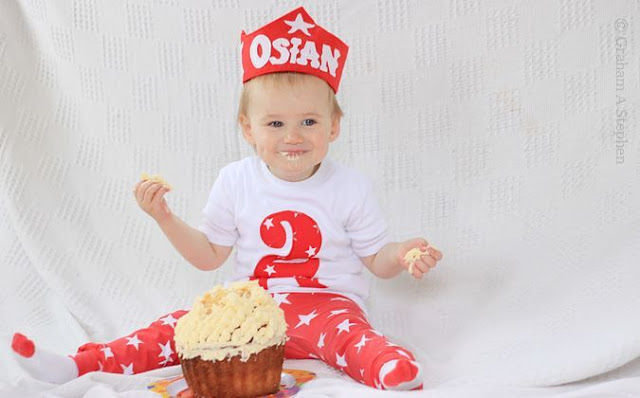 I really like how his red and white star theme turned out. I'd bought the leggings a while ago from Fred & Noah not intentionally for these photos. But once I found the top after a little browse on etsy, I decided to team them up, and just hoped the red's would match up. I asked the lovely Cat who owns Max and the Star, if she sold any headwear and she suggested a crown. I asked her at quite short notice, but she made sure it came in time for photos. I think the crown gives the outfit a lovely finishing touch.

The picture's were taken on Saturday, meaning his outfit wash washed and dried ready to be worn again for his birthday on Thursday. I thought Osian's top wouldn't be seen due to having to be covered by a jumper, but it was surprisingly warm on Thursday. So he just wore an open denim shirt.

We went to a butterfly farm in the afternoon, which Osian loved. In both of these photo's Osian and stopped and said 'cheese', he actually did this three times throughout the day. He's never done that before, it's often a loud 'no' if I ask him to smile. I usually have to take sneaky photos and quickly try get an non-blurred one when he's smiling at something else. 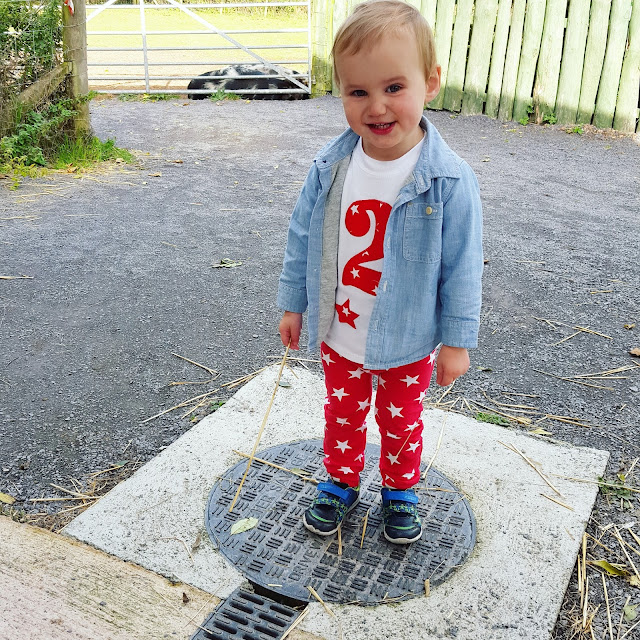 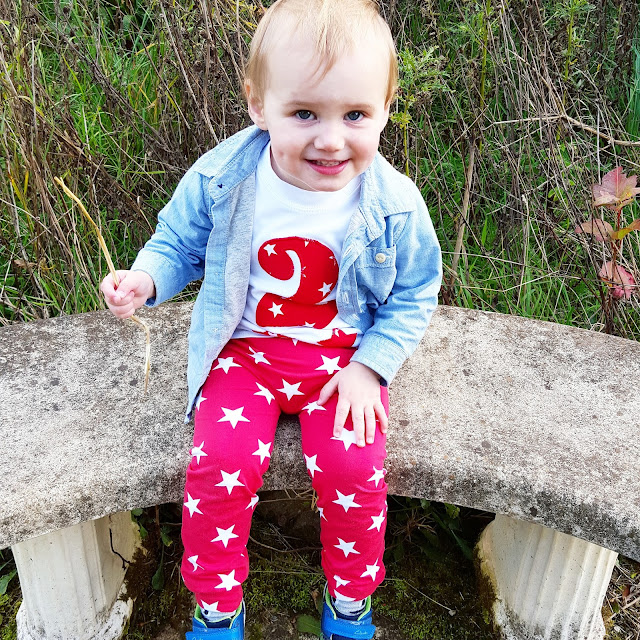