An Autumn Walk By The Sea 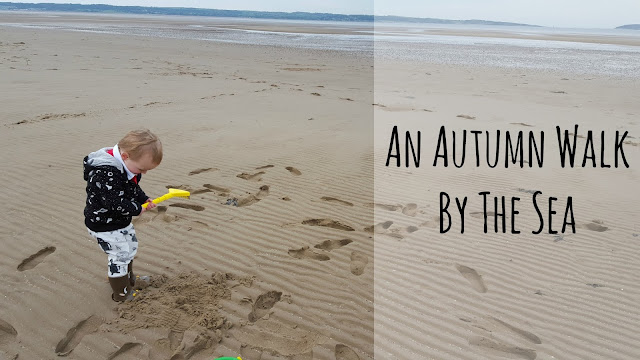 Last weekend I really fancied a walk on the beach. Autumn's my favourite time to go to the beach, I'm not one who's keen on sunbathing or going in the sea during the summer months, but I love a walk along the sea side. I asked my parents if they'd like to join Osian and I for a walk - my Mum didn't fancy coming but my Dad came with us. The beach was very quiet. Apart from the odd person out walking, we pretty much had the place to ourselves. Whenever I think of walks on the beach, I always imagine it being windy, but thankfully it was quite a calm down by the sea. I was quite excited to see Osian on the beach, I know he likes playing with sand, as I've been told he enjoys doing so whilst at nursery. 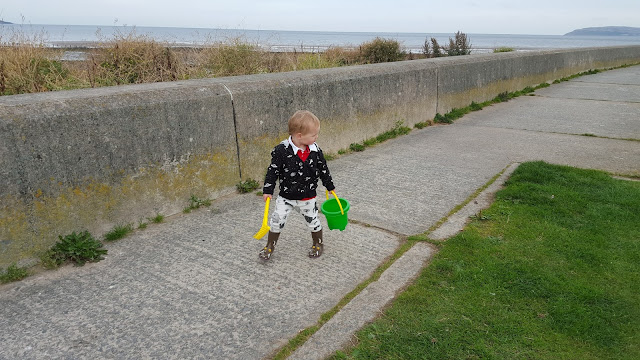 There's a pond full of ducks and a few swans on the way to the beach, it took us a little bit to get to beach, Osian was too busy enjoying watching the 'quack quacks'. After leaving the pond, we had to walk over some stony patches to get to the sand. Osian, who's not usually one to willingly hold hands, was very good at holding my hand whilst walking down, along with being very careful where he was placing his feet. Once we got down to the sand, his face lit up, and he got straight to digging with the toy rake he brought. There's a certain bucket and rake that he's been carrying around for a couple of weeks, so it was lovely to see him get the chance to finally play with them properly. Whilst my Dad took some photos, Osian and I built some sand castles together. I usually hate sand, but I had a really lovely time building with Osian. 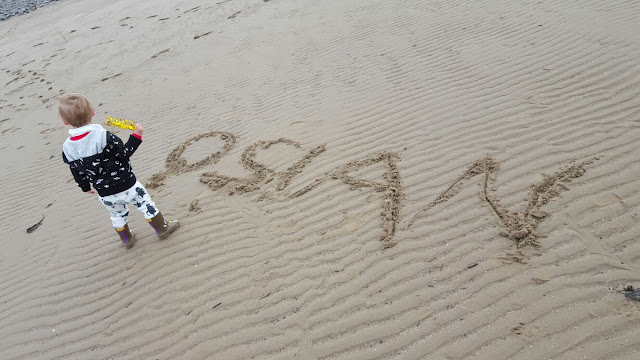 Osian allowed me to use his rake for just long enough to write his name in the sand. Which he really liked, I told him it said Osian, and he kept saying 'Soshian' (I love the way he says his name!). Then he gave it back to me, and I drew some triangles, squares and circles. Osian quite likes looking at different shapes, and naming the one's he knows. Afterwards it was time to head back home, we ended up staying on the beach a lot longer than I thought we would. I think Osian would have happily stayed for quite a while longer. 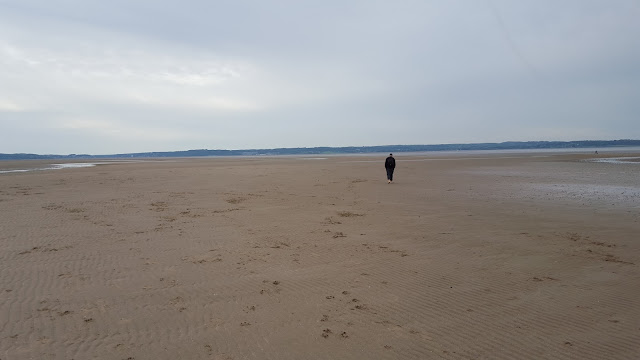