Last week, Osian turned 23 months old. Meaning it's his second birthday next month. Time's been going by just so fast recently, I just can't believe he's nearly two. It just feels so surreal that my little baby's going to be two. 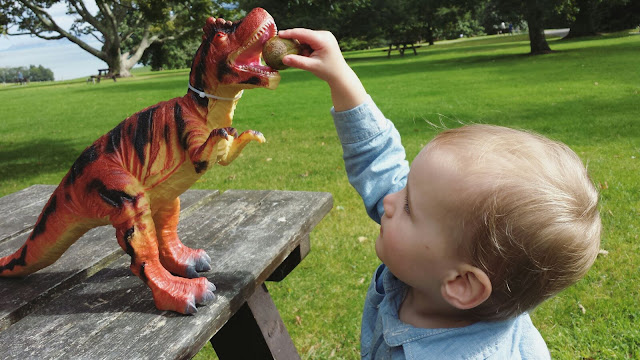 Last month, I noticed how Osian doesn't babble away in Osian language so much, well this month I haven't heard any of the way he used to babble. Rather than him babbling away in Osian language, he sits saying words - often saying 'two two two'. He seems to be trying to say a new words most days, and has started putting the odd two words together. He's even said two little three word sentences, 'where are we?' and 'where are you?'. It's lovely being able to hear his cute little voice more and more each day.

Osian can be quite particular about things, especially socks. If I'm not wearing socks when I go and get him in the mornings, the first thing he does is say 'socks', which is him telling me to put some on. One day he was very selective over socks, he'd only wear a certain pair! 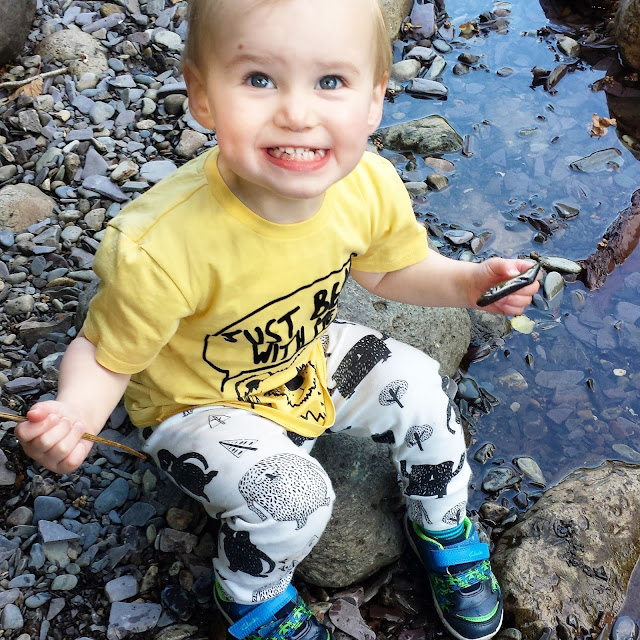 Osian has an ever growing love for collecting sticks and stones, he manages to find some wherever we go. When we're out for a walk, Osian will spend a great deal of time picking up sticks, then swapping them for bigger ones along the way. He can end up carrying one's that are almost as big as him. One day, there was a fallen branch on the side of the path, which Osian took a huge liking to, and wasn't best pleased he couldn't swap his stick for the branch. Upon finding a big stick, Osian shouts 'big one' whilst putting on a deep voice, often reminding me the whole way home about the big stick.

Osian can be such a sweetheart at times. Whilst we we're out for a walk one day, Osian was carrying a big dinosaur (the one in the first picture). Osian stumbled and fell, the first thing he did was pick up the dinosaur and said 'kay', asking if the dinosaur was okay. When playing at home, he often makes his toys cups of tea and asks them so sweetly if they want cake. 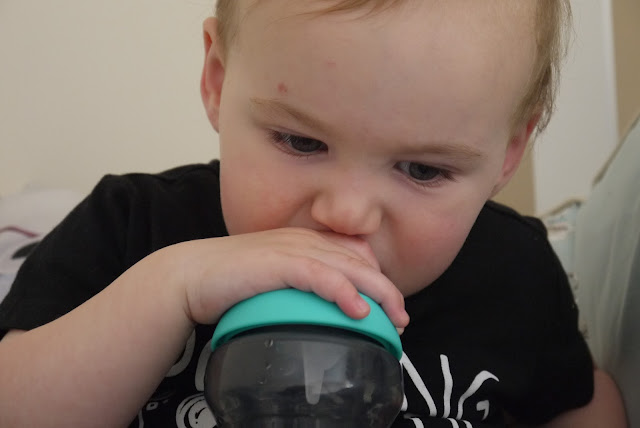 Osian's very shy at first, and can take quite a while to come around with people. But when he does, he's such a little character. He loves to make people laugh, and once he's got them to laugh, he then bursts out in this cute cackly laugh, it's so funny.

I'm looking forward to seeing what Osian gets up to this next month!
Posted by Catriona S at 15:27