Osian turned 19 months old on the 22nd, he's now closer to two than one. I'm not quite sure why that's such a big deal to me, maybe it just signifies that he's not a baby anymore. This feels like it's been a huge month in terms of Osian's development, he hasn't reached any new milestones, but his understanding has come on in leaps and bounds. 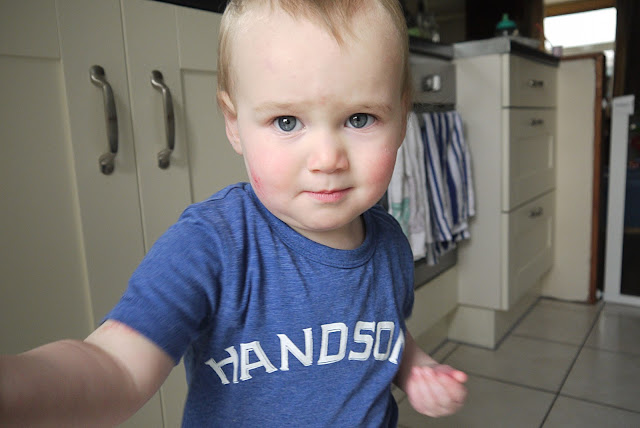 Osian has referred to most animals by the noises they make for quite a while, but he now knows that they have names, and that they also make noises. Asking him what sounds animals make is a great way to keep him happy in the car, the drive home from nursery usually consist of this. Osian's learnt a fair few new words this month, and he also says words that were already in his vocabulary a bit clearer. I'm not sure if it's my ears pick up on them clearer, or that the actually says them clearer, His most used words at the moment seem to be, flower, biscuit, please (with prompting), Olaf, book, sticky, mine. When he's wanting something I'm trying to get him to use his words, but the majority of the time he'd still rather point and winge. 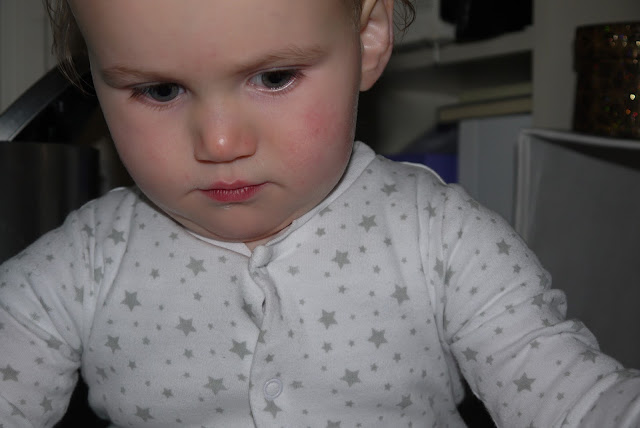 Appearance wise Osian face has changed quite a bit, I only noticed after looking back on photos, he's still very much got a baby face, but not as much of a one as before. He's finally got some hair, which curls a little at the end on the sides, I'm not sure if that's a result of him having cream on his head before going to bed, or if he's going to have some curls in his hair. 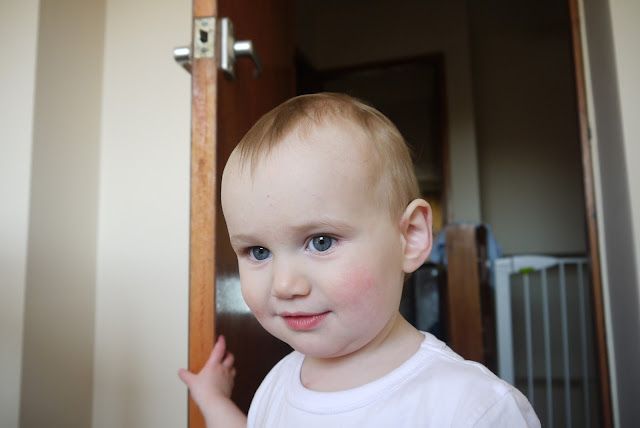 Some days Osian can be very affectionate, giving lots of kisses and cuddles, but he doesn't sit on my knee as much as he used to. Whatever he was doing he used to want to sit on my knee, but now he'd rather sit next to me most of the time. Osian has taking a real liking to his Olaf teddy recently, he's liked playing with him, and pushing him around in his pram for ages, but recently he seems to take care of him a lot more. Olaf gets fed, has nappy changes, watches TV, goes for naps.

In Osian's 18 month update, I mentioned that he hated bedtime. Thankfully, this no longer seems to be the case. In comparison to last month, he now welcomes bed times with open arms. I've recently read up about sleep regression at 18 month, which I wish I'd known at the time, Recently Osian even waves and says 'bu-bye' after I put him to bed. We're both a lot happier now that the regression has passed.
Posted by Catriona S at 15:24